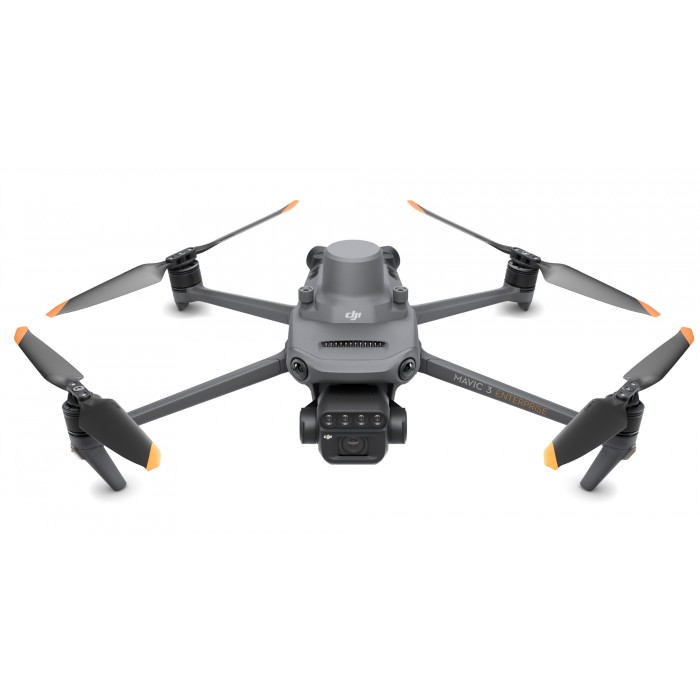 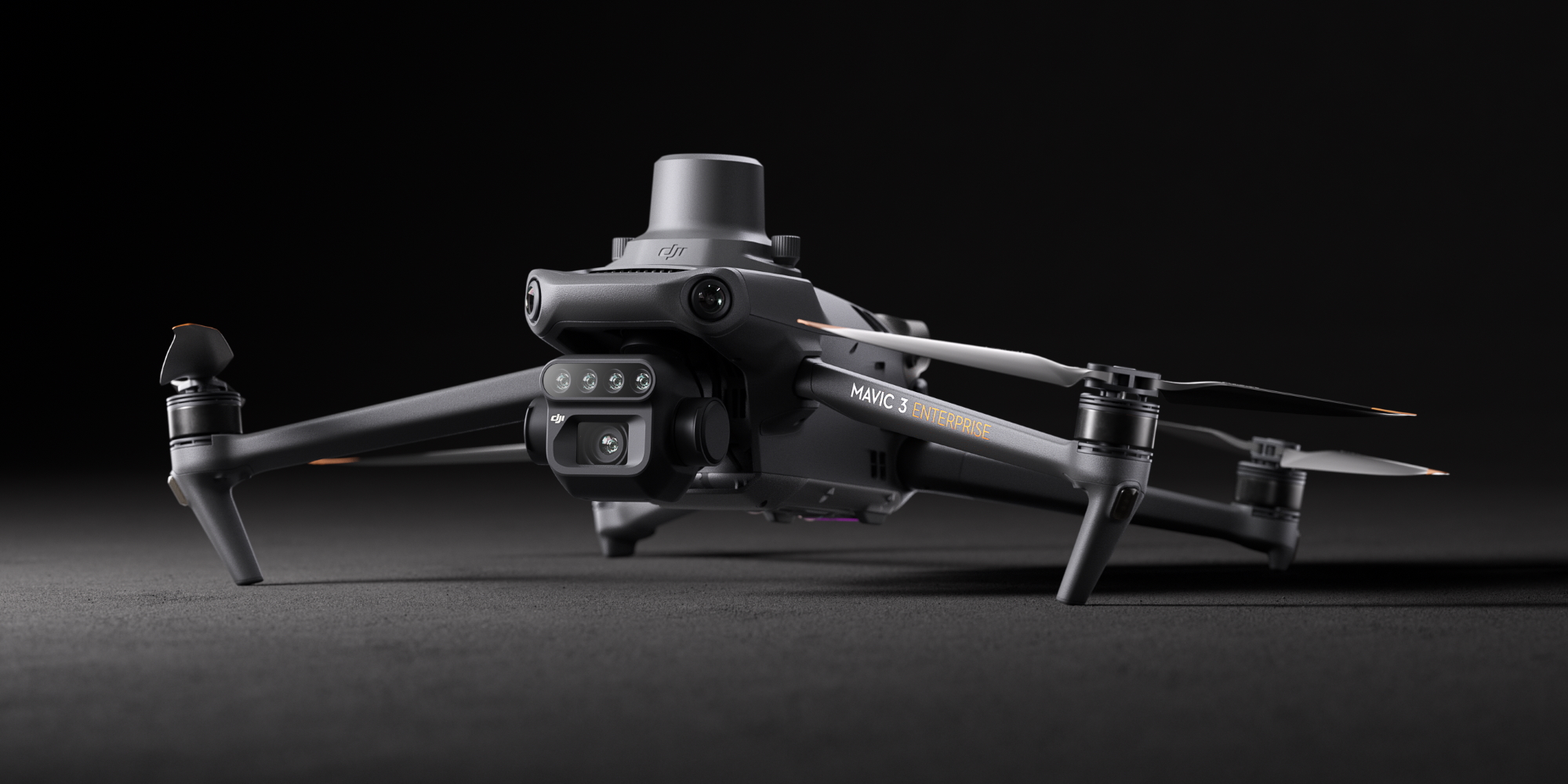 Efficient aerial surveying
Up to 200 hectares per flight 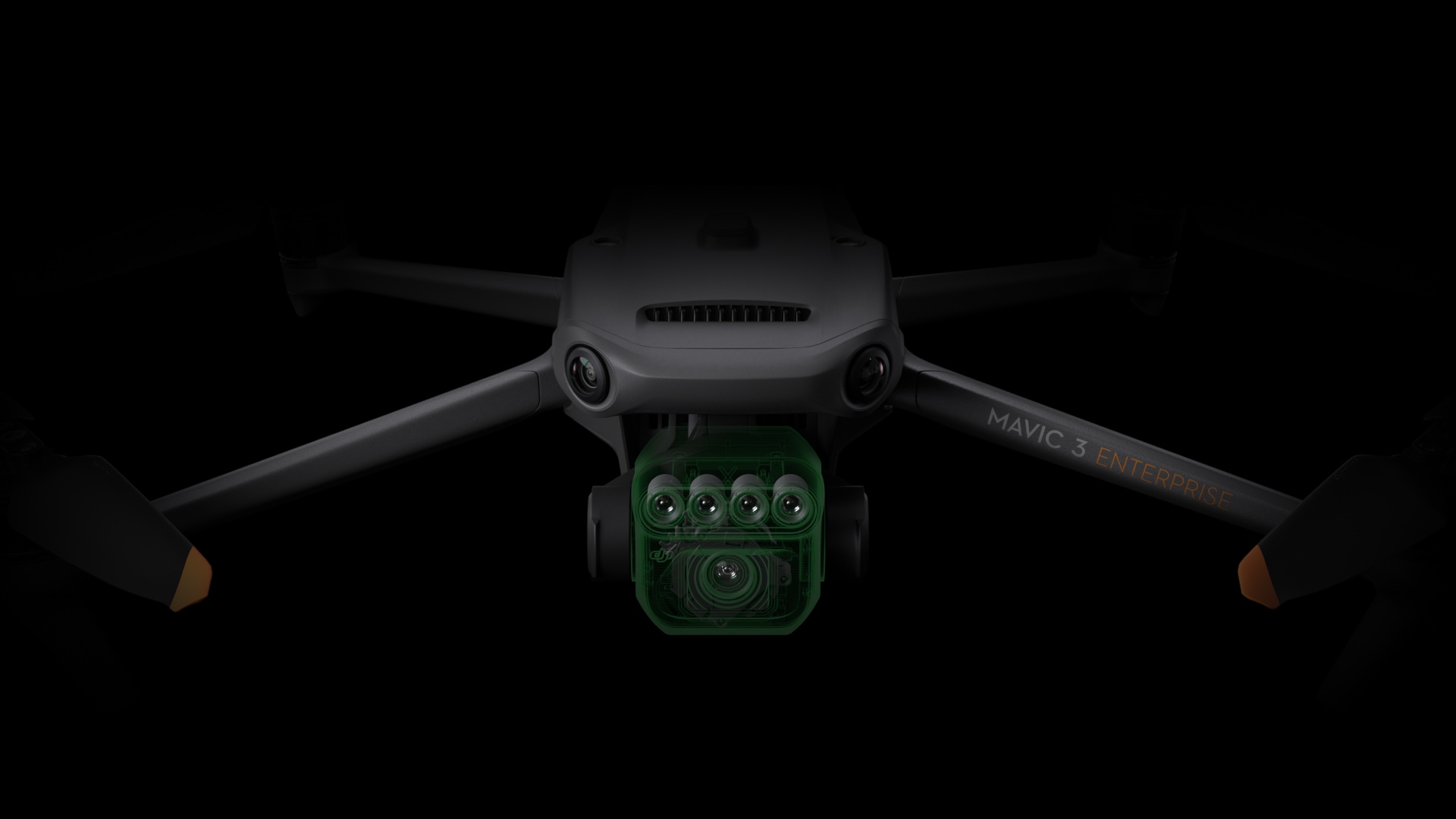 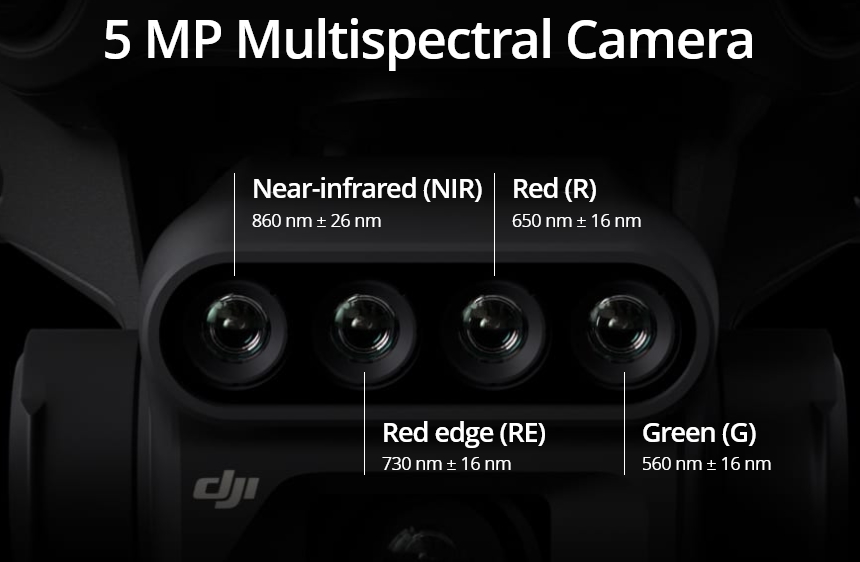 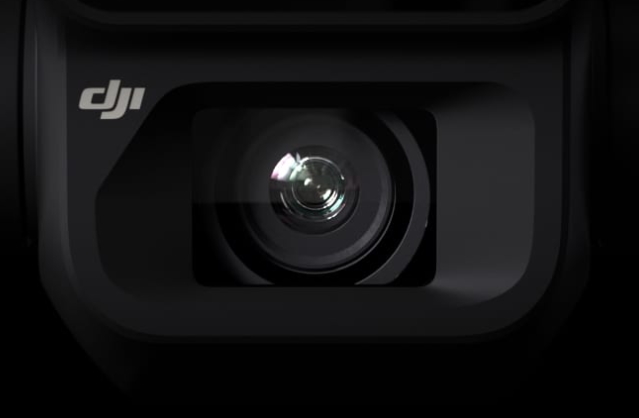 Sunlight Sensor
The built-in sunlight sensor captures solar irradiance and records it in an image file, allowing for light compensation of image data during 2D reconstruction. This results in more accurate NDVI results, as well as improved accuracy and consistency of data acquired over time.

RTK module (included) - Accurate images that capture every pixel
Mavic 3M with RTK module for centimetre-level positioning. Flight control, the camera, and the RTK module sync in microseconds to accurately capture the location of each camera's imaging centere. This enables Mavic 3M to do high-precision aerial surveying without using ground control points. 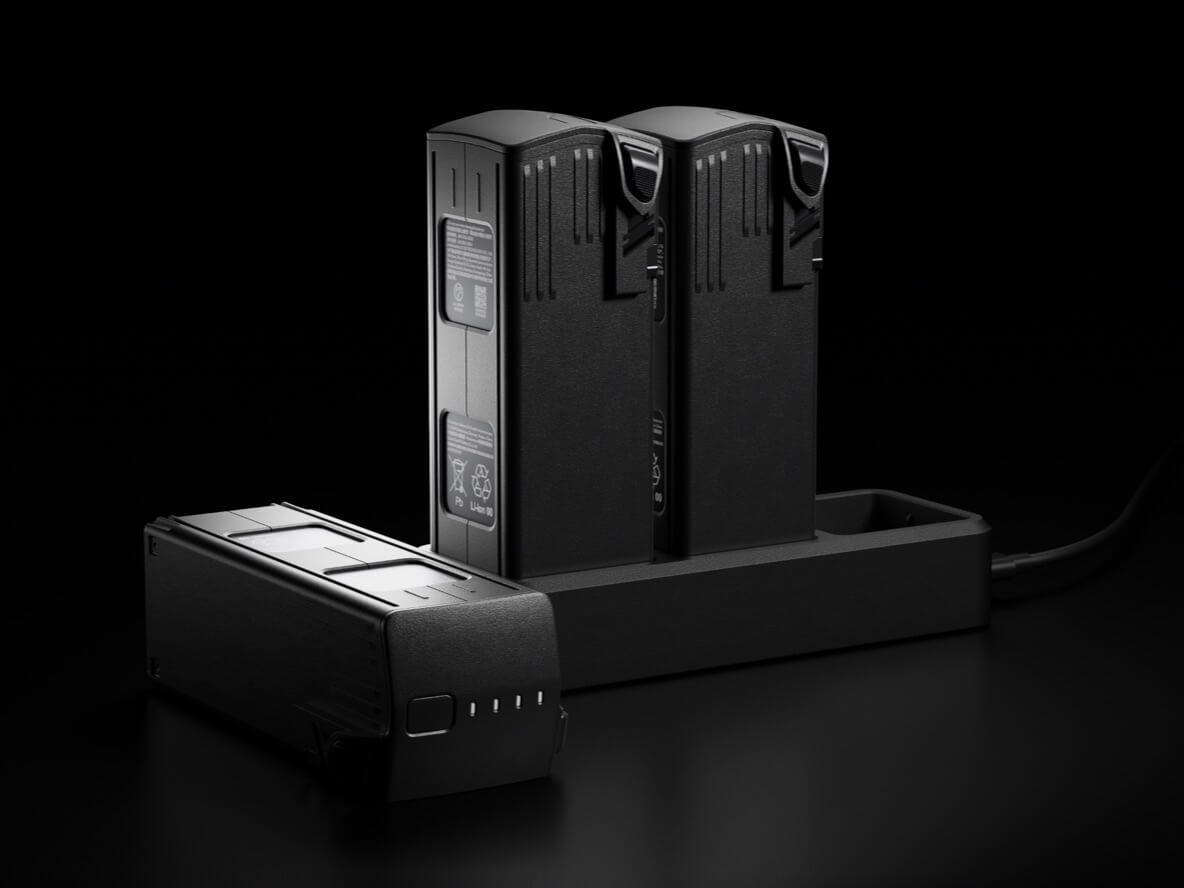 
Intelligent field scouting
The Mavic 3M can carry out automatic field scouting. The field scout images can be uploaded to the DJI SmartFarm Platform in real time through a 4G network. It can find abnormalities, such as emergence deficiencies, weed pressure, and crop lodging in a timely manner. It can also conduct intelligent analyses, such as cotton seedling identification and rice production testing, using AI identification for real-time sharing of crop growth information, guidance of agronomic activities, and easy management of 70 hectares of farmland by one person.

Cloud API
The Mavic 3M can be directly connected to a third-party cloud platform via Pilot 2's built-in DJI Cloud API based on the MQTT protocol. There is no need to develop an app separately to enable the transmission of UAV equipment information, live streaming, photo data, and other information.

Is DJI Mavic 3M waterproof?
No.

How does DJI Mavic 3M use network RTK services without a 4G network card (including a SIM card)?
the drone can connect to the network RTK by using Wi-Fi on the remote controller.

Is the image taken by DJI Mavic 3M a DN value or a reflectance value?
DN value.

Does DJI Mavic 3M support image position compensation?
Each of the five camera sensor centres has been compensated in the photo EXIF coordinates according to its position relative to the on-board D-RTK antenna phase centre. When the images are mapped, the DJI Terra or DJI SmartFarm Platform automatically uses this parameter for position compensation to ensure the accuracy of the map position.

Does the DJI Mavic 3M camera have distortion correction?
Distortions in visible and multispectral cameras are individually corrected before they are shipped.

Are the locations of photos taken by DJI Mavic 3M time synced?
All five cameras are time synchronised.

What does the DJI Mavic 3M Multispectral camera do?
It detects the reflective strength of the object being photographed over different bands and is widely used in agriculture and forestry for crop health, vegetation coverage, water environment pollution monitoring, and more.

How far can DJI Mavic 3M transmit images?
FCC: 15 km
CE (UK and EU): 8 km
SRRC: 8 km
MIC: 8 km
* The above data was measured by the aircraft in an unobstructed, interference-free outdoor environment. It shows the farthest communication distance for one-way, non-RTH flights under each standard. During flight, pay attention to RTH reminders in the DJI Pilot 2 App.

How much memory does the DJI RC Pro Enterprise Edition have?
The ROM of the remote control is 64GB. For extra storage capacity, you can add a micro SD Card.

Does the DJI Cellular module come with a SIM card?
No.

Does the DJI Cellular module support 5G networks?
No.

How long does a DJI Mavic 3M’s battery last?
43 minutes.
* This data was measured using DJI Mavic 3M in windless conditions at sea level at a constant speed of 36 kph until the battery reached 0%. Please pay attention to RTH prompts in the DJI Pilot 2 app when flying.

Which interface of the DJI 100W USB-C Power Adapter does the DJI Mavic 3M’s 100W battery charging hub need to connect to?
It is recommended to connect to the C1 port.

Does DJI Mavic 3M support timelapse, motionlapse, Follow Me, TapFly, or Hyperlapse?
No.

Does DJI Mavic 3M support AI Spot-Check?
Yes. You can automate routine inspections and capture consistent results every time. Onboard AI recognizes the subject of interest and identifies it in subsequent automated missions to ensure consistent framing.

Can DJI Mavic 3M be used with DJI Goggles?
No.

What accessories does the PSDK port on top of the DJI Mavic 3M’s body support?
The PSDK port supports the RTK Module and official DJI Mavic 3 Enterprise Series Speaker.

Does DJI Mavic 3M come standard with a charging hub?
No, the charging hub is not included in the default bundle.

Does the DJI Mavic 3M come standard with a DJI Mavic 3 Enterprise Series Speaker?
No, the speaker is not included in the default bundle. 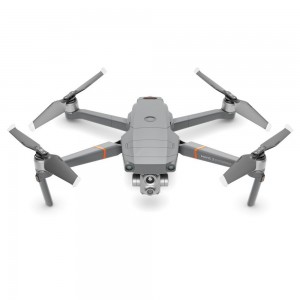 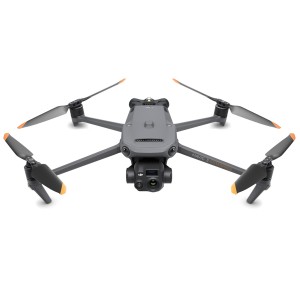 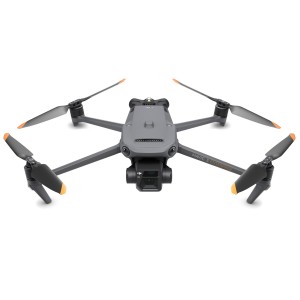 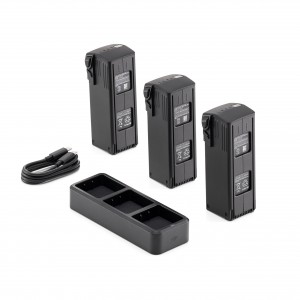 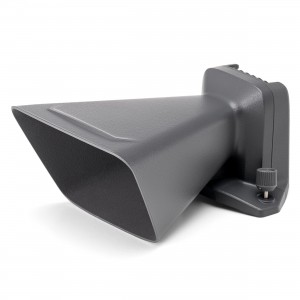