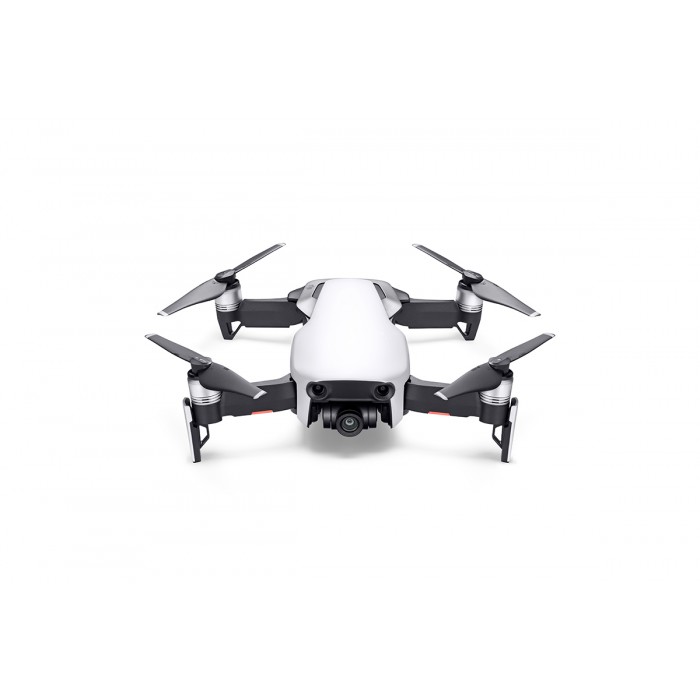 A marvel of engineering and design, the Mavic Air was built to go wherever adventure takes you. Inheriting the best of the Mavic series, this ultraportable and foldable drone features high-end flight performance and functionality for limitless exploration.

3-Axis Gimbal Camera
The Mavic Air is the most portable DJI drone to house a 3-axis mechanical gimbal, with its angular vibration range reduced to 0.005°. Set in a triangular formation, gimbal dampeners help create even steadier shots.

32 MP Sphere Panoramas
In addition to Horizontal, Vertical, and 180° panoramas, the Mavic Air stitches 25 photos together in just eight seconds to create crystal-clear 32 MP Sphere panoramas.1 View them from an immersive perspective with DJI Goggles.

4K 100 Mbps Video
The Mavic Air shoots video at an incredible 4K 30 fps, recording at 100 Mbps to capture every second with UHD quality. 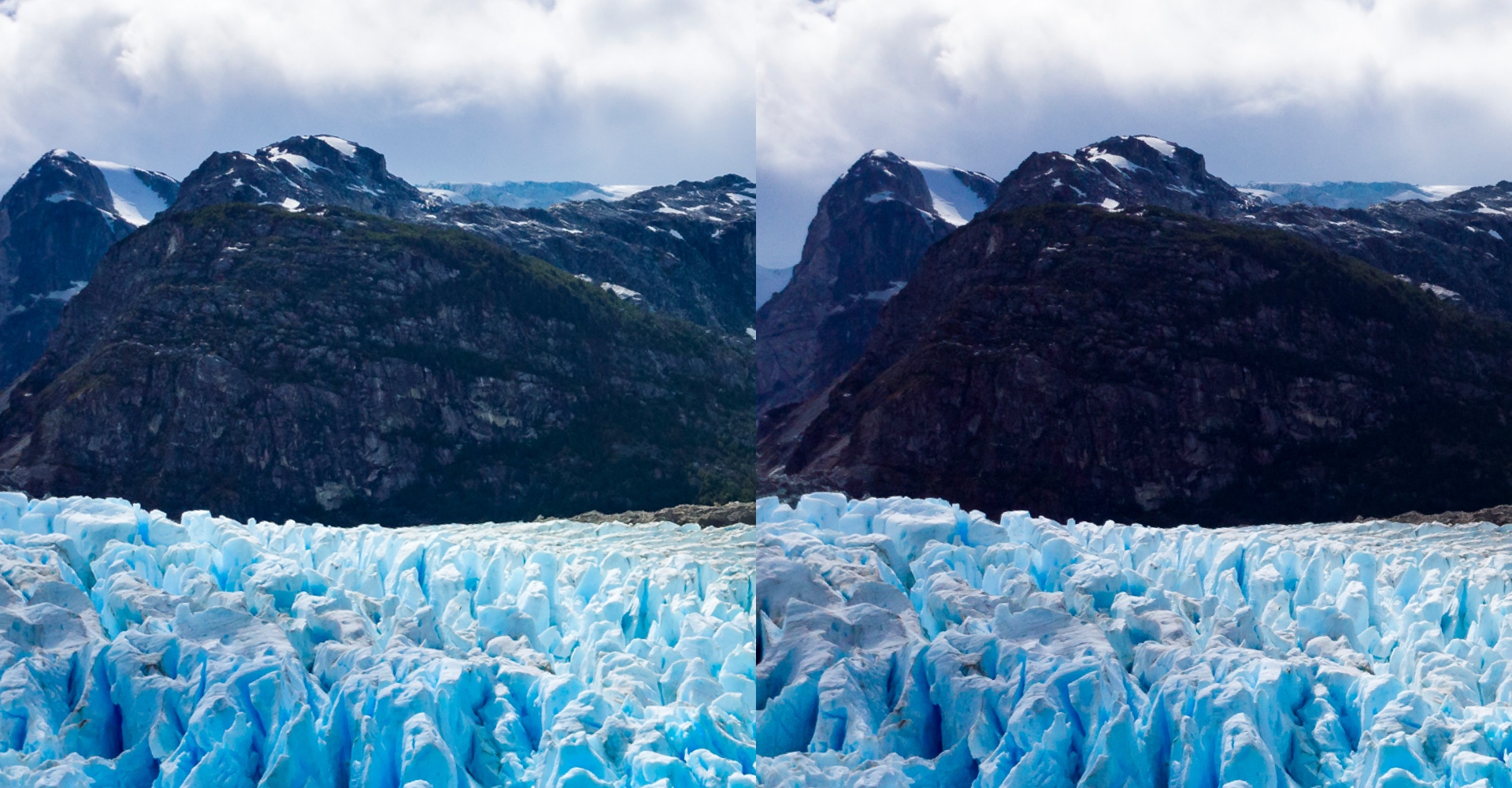 12 MP Stills
The Mavic Air’s onboard camera integrates a 1/2.3” 12-megapixel CMOS sensor and an f/2.8 lens with a 35-mm equivalent focal length of 24 mm to shoot high-quality photos and videos.

8 GB Internal Storage
In addition to a Micro SD card slot, 8 GB of internal storage let you save photos and videos directly to the aircraft and export files through its USB 3.0 Type-C port.


3D Foldable Design
As tall and wide as a smartphone when folded, the Mavic Air is an ultraportable drone that stretches the boundaries of what's possible for a device its size.


ActiveTrack
ActiveTrack can sense up to 16 selectable subjects simultaneously, letting you choose the right tracking subject. With higher tracking precision and broader scenario applications, ActiveTrack follows targets even when they're running, jumping, or cycling.

QuickShots
Choose from six different QuickShots — Rocket, Dronie, Circle, Helix, Asteroid, and Boomerang. All are just a tap away and will get you those epic selfie drone videos without needing to think about composing your shot. Share your new creations to social media through the DJI GO 4 app instantly.


SmartCapture
Fun, simple, and intuitive, SmartCapture offers a new and interactive way of controlling the Mavic Air by hand. Launch and control the drone with hand gestures, then take photos or videos however you like. 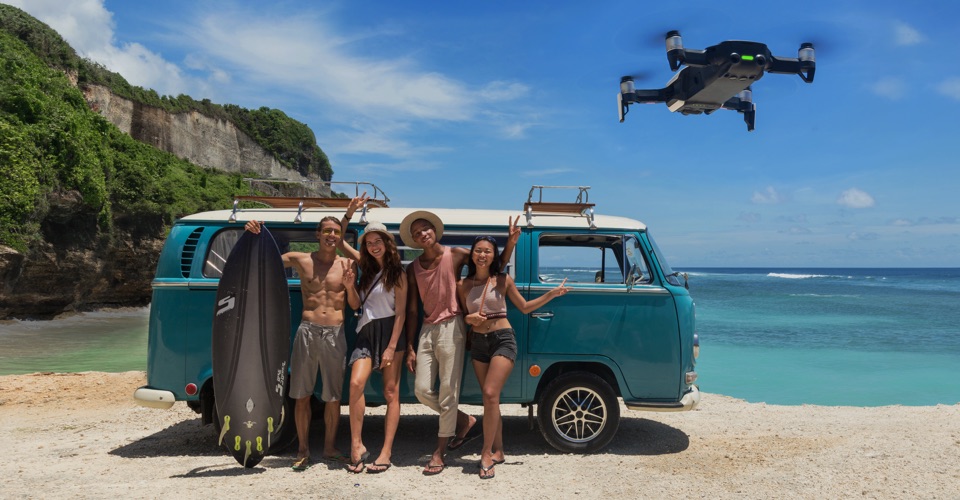 TapFly
If you want to focus on just your shot, select TapFly in DJI GO 4, which lets you fly wherever you tap on your mobile device screen. TapFly works in Forward, Backward, Free, and Coordinate modes, and you can adjust flight speed to suit all your aerial needs. 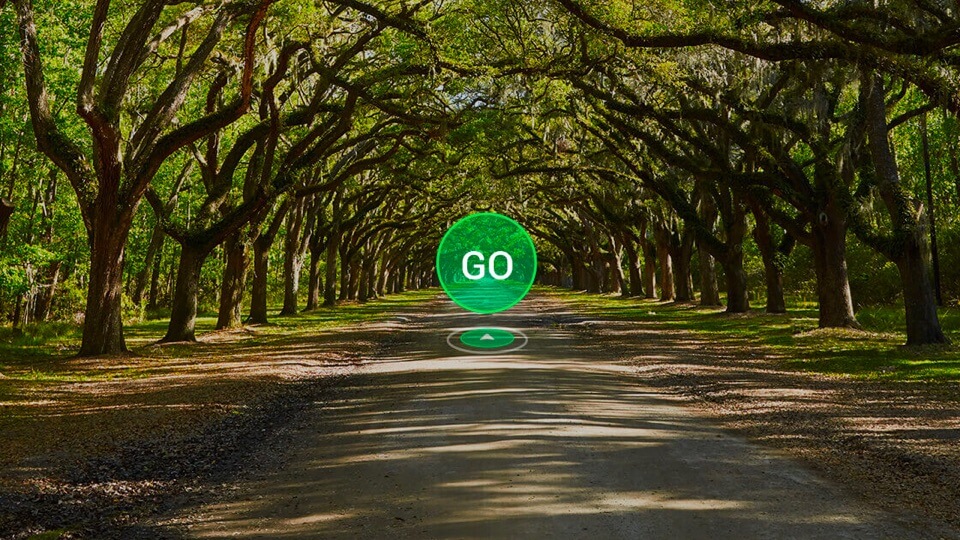 FlightAutonomy 2.0
Using advanced VIO technology, the powerful sensor system in FlightAutonomy 2.0 consists of a primary gimbal camera, forward, backward, and downward dual-vision sensors, downward infrared sensing system, IMU redundancies, and a group of computing cores. Together, they collect and transmit information from the surrounding environment to the high-performance processor for more precise hovering and better flight performance. Advanced Pilot Assistance Systems (APAS) allow the aircraft to bypass obstacles in front of and behind it actively. Your grand adventures of discovery have never been so safe and easy.

Visual Inertial Odometry (VIO)
A combination of VIO technology and the new positioning algorithm has doubled the Mavic Air's precision positioning. VIO technology calculates the speed and attitude of the aircraft in real-time and locates it, making dual-camera attitude measurements while hovering or flying at any speed. The working range of the vision positioning system is now 0.5 to 30 meters. With VIO technology, the Mavic Air hovers more precisely indoors and responds better to complex environments with finer control stick movement.

Multiple Redundancies
Besides dual IMUs, FlightAutonomy 2.0 has more redundant modules to increase the Mavic Air’s safety level. The Vision Compass will assist the navigation system to estimate flight direction when the compass experiences interference. When only one direction of the front, bottom, or rear vision systems is functioning normally, the aircraft will still position itself successfully. There are two sets of sensor fusion algorithms based on two independent hardware platforms. When an error occurs to one set of algorithms, the aircraft will switch to the other pair seamlessly to resume normal functionality.

More Reliable Return to Home (RTH)
Expanding on existing RTH systems, the Mavic Air will ensure the safest flight path during RTH. It does this by recording its real-time flight path, and when the control signal gets lost, the aircraft will fly towards the Home Point, bypassing any signal obstruction and reconnect to the controller. When the Mavic Air detects an obstacle, it will choose a proper path to bypass it according to its altitude. The aircraft will match the images of the ground with those captured at takeoff for increased landing accuracy. When landing automatically, the Mavic Air will scan the terrain of the landing area in real-time, then warn the user and safely hover if it detects an obstacle or water in the landing area. 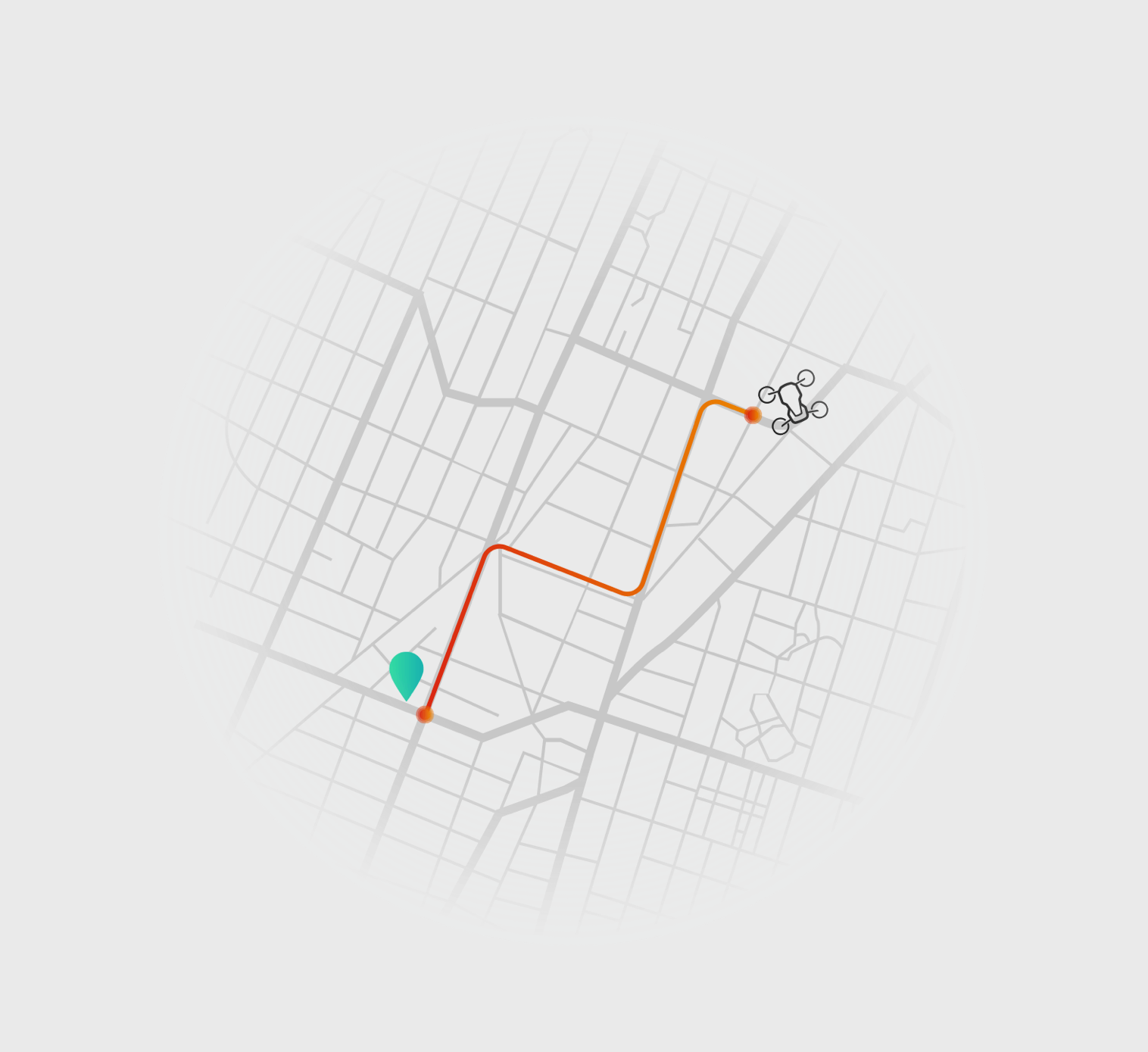 21 Mins Max Flight Time
Mavic Air Intelligent Flight Batteries are Made with high-density lithium, offering a substantial flight time of up to 21 mins for all your adventuring needs.

FOC ESCs and Propulsion
The application of FOC sinusoidal drive architecture ESCs provides the Mavic Air with a smoother motor commutation process and higher overall efficiency of both motors and ESCs.

Enhanced Wifi Video Transmission
A new Wifi video transmission system supports dual frequency bands of 2.4/5.8GHz and a 720p live view from up to 4km away.

DJI Goggles
Pair the Mavic Air with the DJI Goggles for FPV flight, and take to the skies for an immersive aerial adventure!

Order now and receive £100.00 in vouchers towards your drone training

How do I activate the Mavic Air?
Connect the Mavic Air with your mobile device and follow the instructions in DJI GO 4 to complete activation.

Is the Mavic Air waterproof?
No.

Should I take the propellers off when transporting the Mavic Air?
Doing so isn’t necessary.

Can the Mavic Air Battery Charger be used to charge the aircraft and RC at the same time?
Yes.

What is the Battery to Power Bank Adaptor used for?
To charge other devices.

How often should I charge my batteries?
It is recommended to charge batteries at least once every three months fully.

Can I use other apps while updating DJI GO 4?
No. If you do, the update will fail. You will then need to download the firmware and update again.

Can I disconnect from the internet once the firmware is downloaded successfully?
Yes.

What should I do if the aircraft and battery firmware versions are inconsistent?
Connect the Mavic Air to DJI GO 4, and the app will inform you of appropriate updates to ensure consistency.

What is the resolution of the Mavic Air’s video transmission?
720p at 30 fps.

Can frequency bands be manually adjusted during video transmission?
DJI GO 4 chooses a frequency band automatically by default, but users can manually select between 2.4 GHz and 5.8 GHz frequencies, according to actual needs. 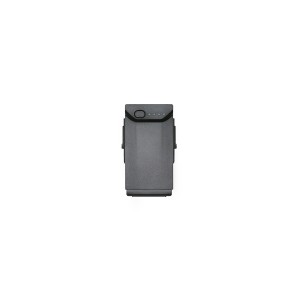 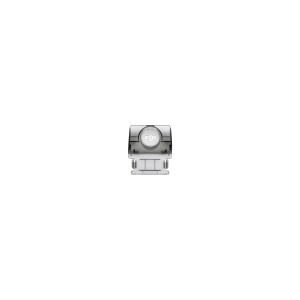 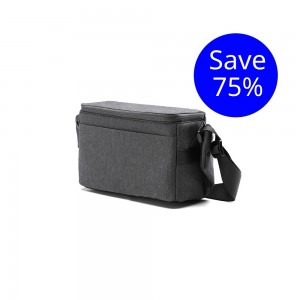 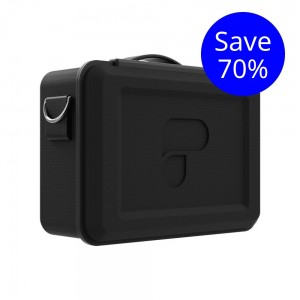 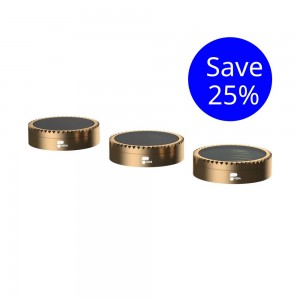 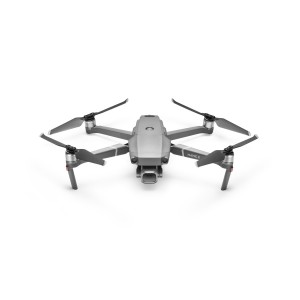 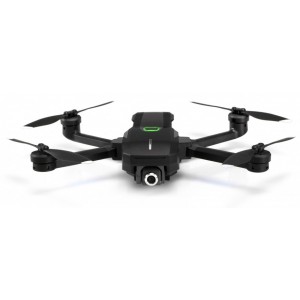 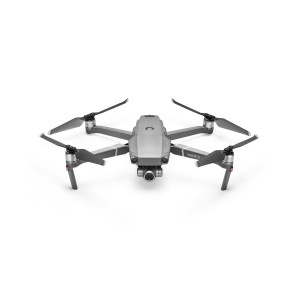 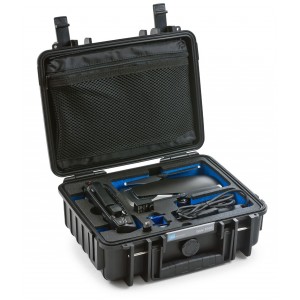 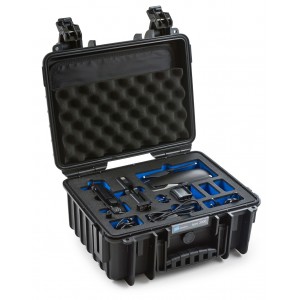 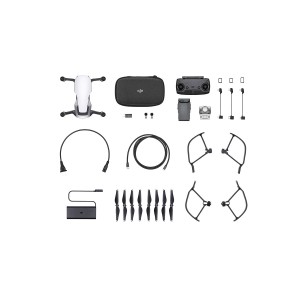 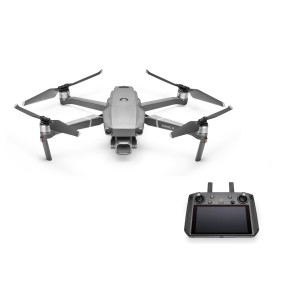 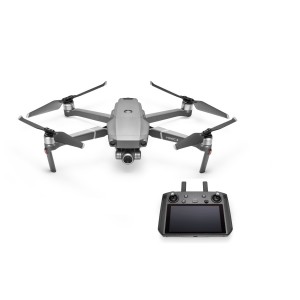 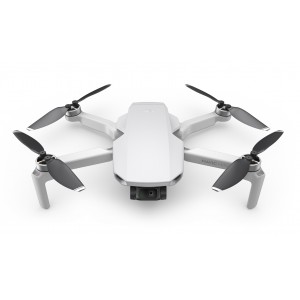