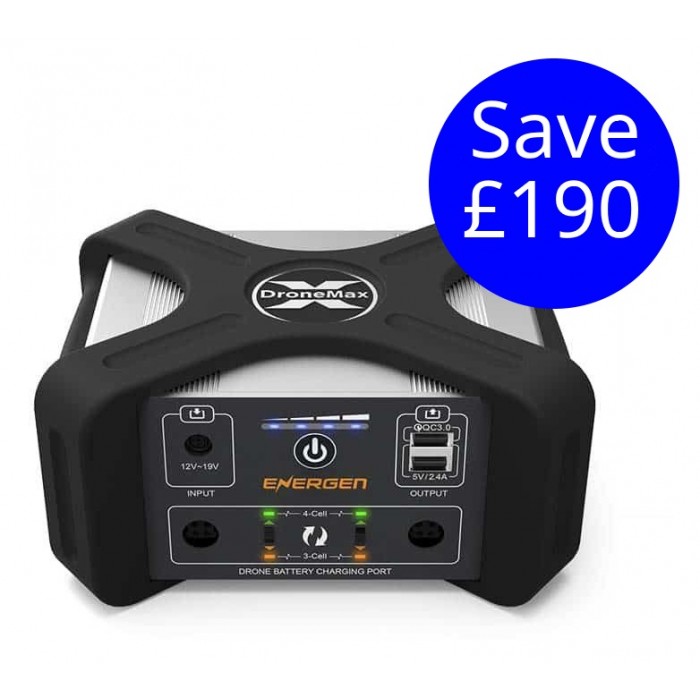 For the first time ever, drone pilots can now charge their drone batteries in the field or whenever they need to, thanks to the powerful yet portable DroneMax A20. 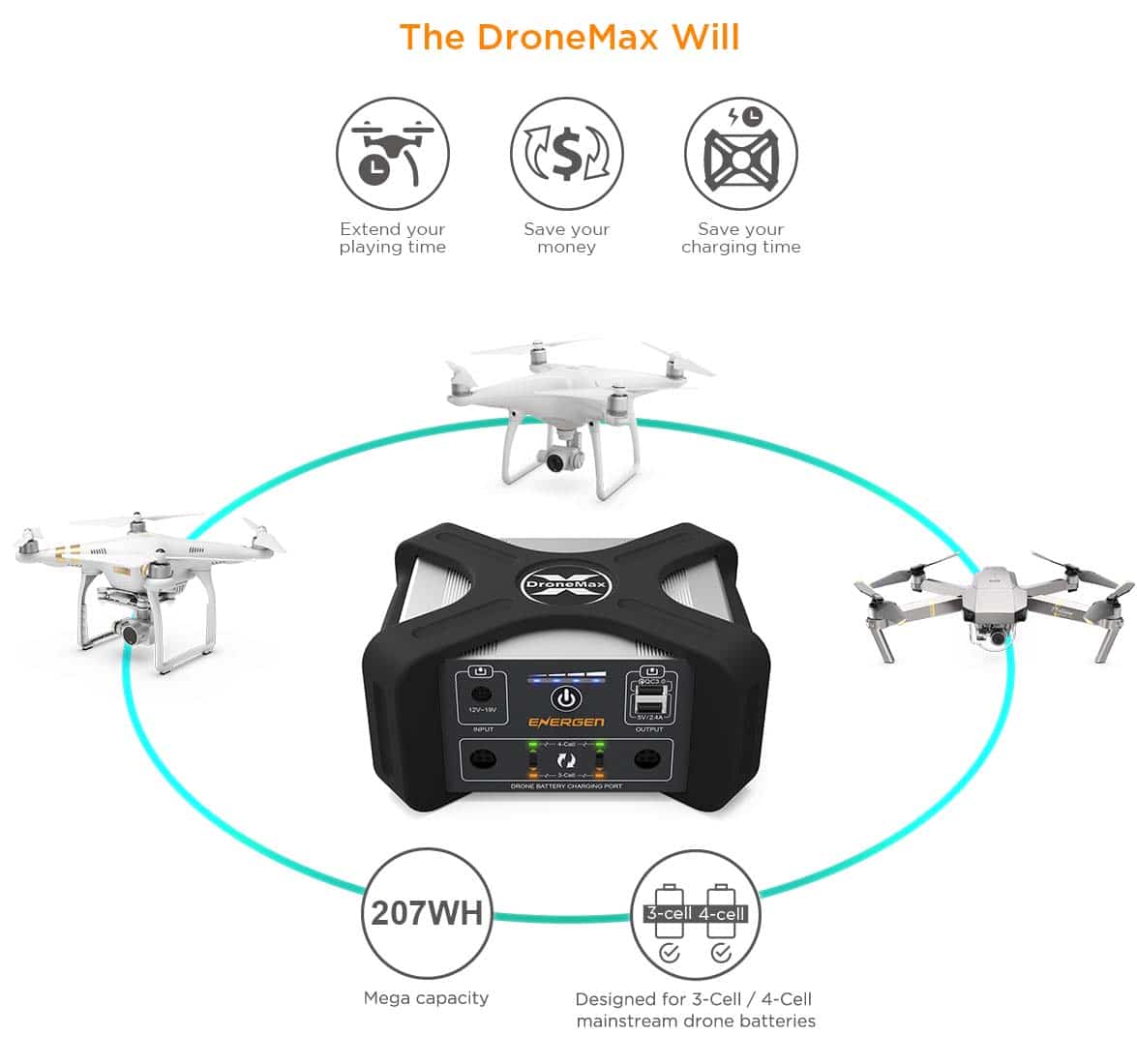 Charging
The Energen DroneMax A20 is able to charge most of the mainstream drones that uses a 3 or 4 cell battery, including the DJI Mavic Pro, Mavic Pro Platinum, Mavic Air and all models of the Phantom 4 and Phantom 4. The A20 feature 2 direct charging ports, each with its own switch to customize the charging of 3 and 4 cell drone batteries.

Durable
Whether being used in the desert or the urban jungle, the DroneMax A20 is built to handle tough environments. Its aluminium casing and rubber bumper provide excellent heat dissipation and protection.

Can the DroneMax A20 charge the Mavic Air?
yes, the A20 now comes with 2  charging conectors compatible with the Mavic Air Battery.

Can the DroneMax A20 charge the Mavic Air via USB-C?
No, This is a technical limitation on the Mavic Air. The Mavic air will never be able to be charged via USB-C, it is only for data transfer.

Can I charge my DJI Spark with the DroneMax A20?
Yes you can via USB.

Can I charge my DJI Tello with the DroneMax A20?
Yes you can via USB.

How many times can I charge my flagship phone with the Dronemax A20?
15-21 times depending on battery size. 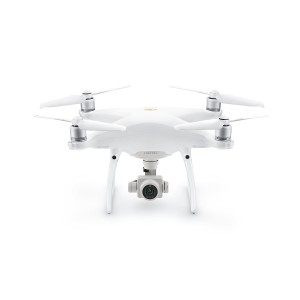 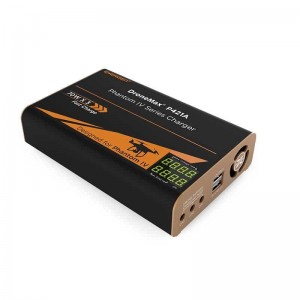